Recently, we came across a new malware which seems to be a module of a recent Android trojan named dubbed Golem.

Golem has been found in several countries and hundreds of thousands of phones have already been infected, according to reports. 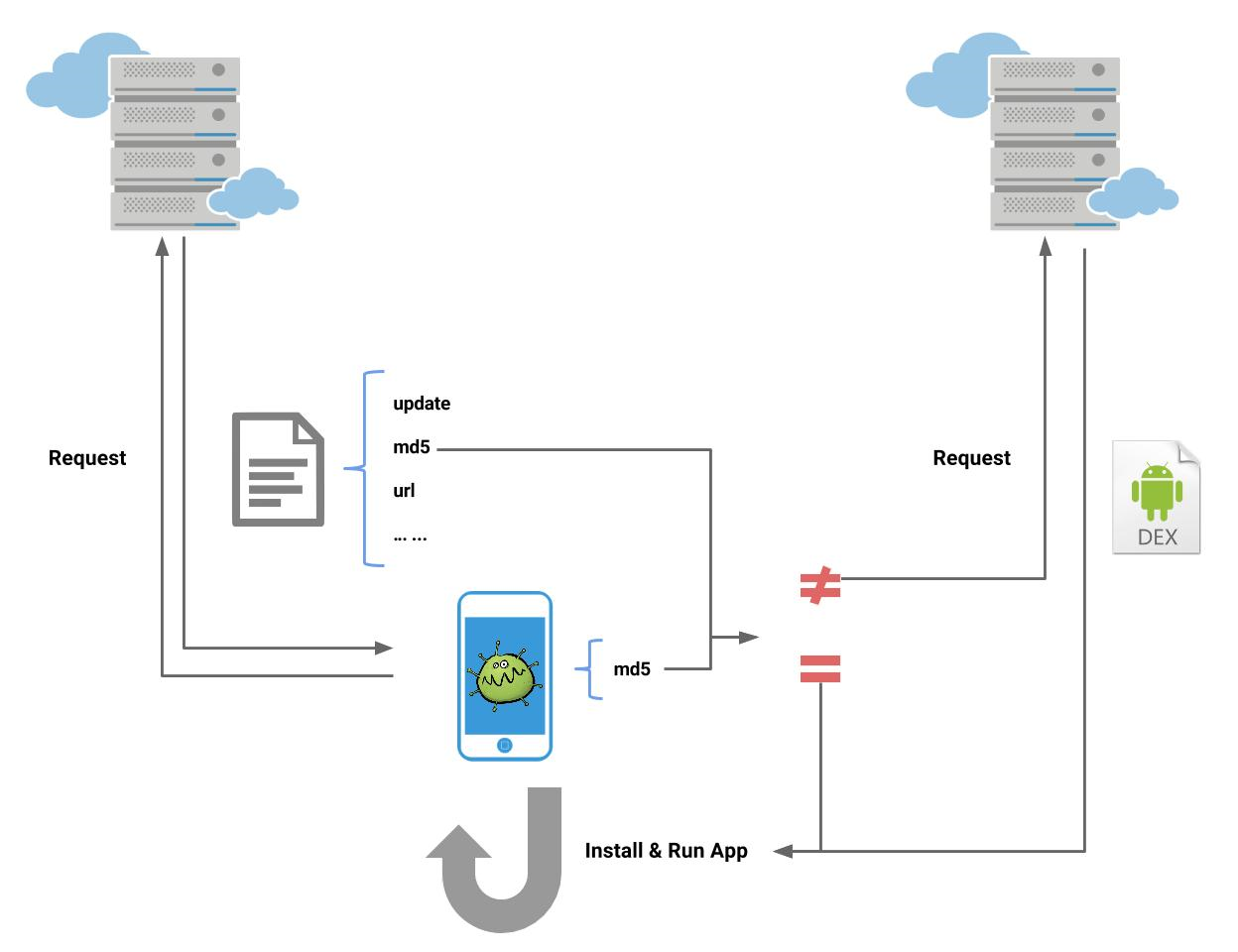 We performed detailed analysis of the malware using JEB, the operations achieved by the malware can be divided into several steps:

When user start the phone or unlock the screen or light the screen, the malware will automatically download a file named “conf_plugin.txt” which contains configuration information like “update”, “md5”, “url”, etc.

After that, the malware will install and run the dex and execute the “onCreate” function in the “com.facebook.mini.service.RunService” class.

The complete process can be represented by the graph below: 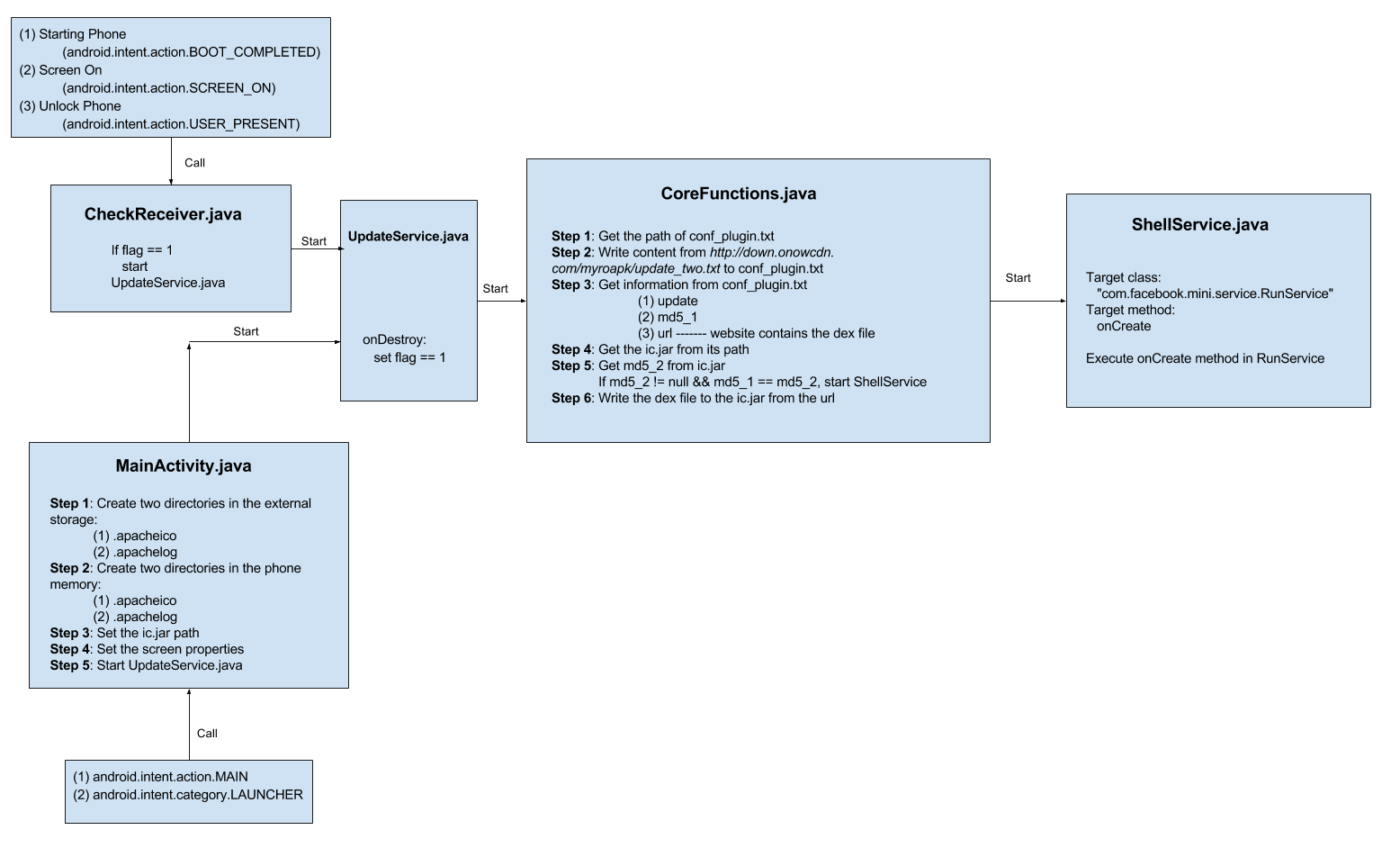 Based on the analysis, the malware can automatically download, launch and run application without user’s authorization. The downloaded apps will run with the set of permissions already requested by the downloader: 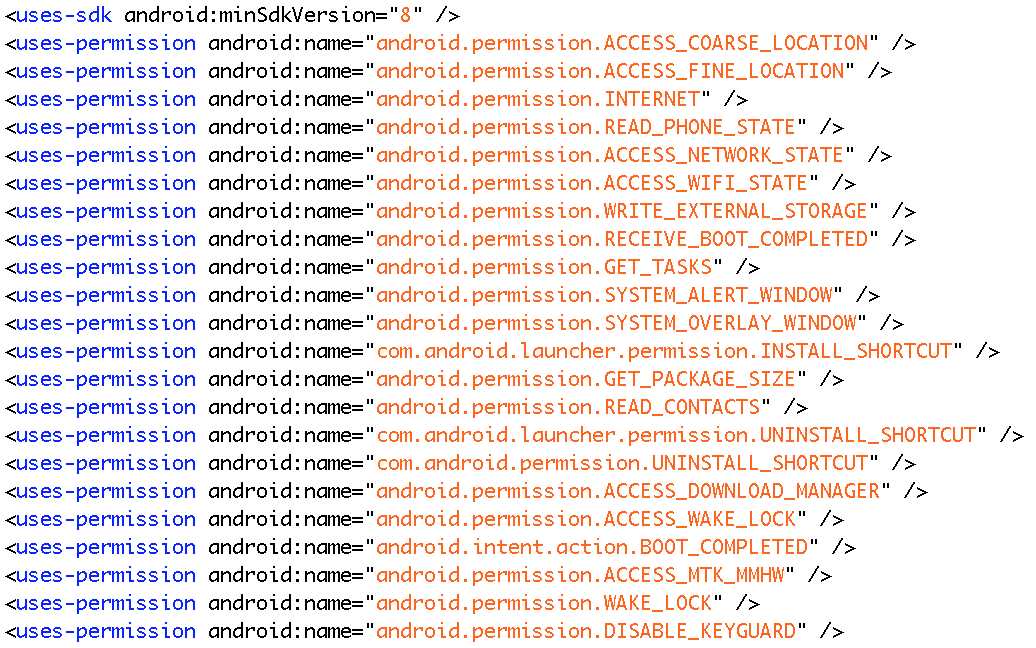 Through this malware, the attacker can easily get your personal information, contacts or even bank accounts and passwords. Also, the attacker can remotely control your phone to open specified application and perform some bad operations to make illicit profits.